That funky fungus may be deadly... - Rent-Rite Blog

Bricks and mortar provide us with protection from an increasingly harsh environment. But what if your haven
of safety - your home, could unknowingly be causing you harm?
Although a patch of mould may seem harmless as it first spreads into view, it can invade far more than the
musty corners of a room. In fact, it poses a very real threat to human health. In 2009, a celebrity couple died
only months apart, both from pneumonia and anaemia which was reported to have been a result of the extensive
mould found in their Los Angeles mansion...

What is mould exactly?
Mould is a type of fungus which causes the breakdown of various natural materials. Not all mould is bad
however, it is actually highly beneficial in the production of antibiotics - the mould Penicillium naturally produces
penicillin which has saved an estimated 200 million lives.
It can also be the very cause of disease due to one of three reasons: an allergic reaction to mould spores; the
growth of pathogenic moulds in the body or toxic mould compounds called ‘mycotoxins’ being ingested or
inhaled.

Click read more to find out more about different types of mould and the result symptoms of mould exposure...

What symptoms result from mould exposure?
Studies in 2003 of more than 1600 patients who suffered from health issues as a result of exposure to mould,
experienced a range of symptoms: muscle and joint pain; headaches; anxiety; memory loss and visual
disturbances; immune system disruptions, fatigue; digestive issues and shortness of breath. i
A mould allergy can cause itchy watery eyes, constant coughing, headaches or migraines, rashes, tiredness,
sneezing and sinus problems. ii
An analysis of mould and mental health conducted in Europe and published in the American Journal of
Public Health has concluded that ‘the risk for depression went up by 40% among people who lived in mouldy
homes.’ iii
The extent to which mould affects someone’s health is dependent on the type of mould and the amount of
mould present, the individual’s sensitivity to mould and their existing state of health.
TPN attorneys dealt with a serious case of mould in 2011 where a family rented a property in the suburb of
Brooklyn in Pretoria: “It was a stately home built in the late 1970’s with fantastic wooden floors and pressed
ceilings. From the moving date, the family loved the archaic monument yet something was amiss. The mother
suddenly became very ill. No one had an answer to her seemingly incurable ailment no matter how many
doctors were consulted. It was only on the second biopsy that it was noted that mould spores were present
in her lungs. The family immediately moved out of the property and a team equipped with white Hazchem suits,
breathing apparatus and testing equipment was sent to inspect the property thoroughly.

What symptoms result from mould exposure?
What they found was disturbing to say the least. With older, water-damaged properties, mould can flourish
almost everywhere. While most are harmless to humans, in some cases if the spores are inhaled, it can cause
major illness. These types of mould are so dangerous that they can cause irreparable harm to your person
and even death. Studies show that mould or spore exposure is actually more dangerous than intense exposure
to heavy metals.
In this instance, due to the property being inhabitable, the tenants were released from their agreement without
penalty or fault and the property was thoroughly examined, cleaned and revisited to ensure its viability for safe
habitation. We are certain there are thousands of properties around South Africa that face similar if not worse
mould problems.”

What types of moulds are there?
Allergenic moulds produce life-threatening effects and are problematic if you are allergic or asthmatic.
Pathogenic moulds produce an infection if someone has a compromised immune system. The mould can
grow in the lungs of an immune-compromised person and cause an acute response similar to bacterial
pneumonia.
Toxigenic moulds can have serious health effects. Mycotoxins are the chemical toxins found on the surface
of the mould spore which is inhaled, touched or ingested. It can cause a suppression of the immune system
and even cancer.

The 5 most common indoor moulds
• Alternaria: found in your nose, mouth and upper respiratory tract which can cause allergic reactions.
• Aspergillus: found in warm, damp climates; produces mycotoxins and can cause lung infections.
• Cladosporium: mostly found outdoors but it can find its way indoors onto tiles, wood and damp materials;
it causes hay fever and asthma.
• Penicillium: found on wallpaper, fabrics, carpets and fibreglass insulation. It causes allergies and asthma,
some species produce mycotoxins such as penicillin.
• Stachybotrys: often referred to as ‘black mould’ produces mycotoxins that cause serious breathing difficulties
and bleeding of the lungs. It is found on wood or paper products but not on concrete or tiles. v
What causes it to grow in the first place?
Mould requires moisture and warmth to grow and is often found in damp, warm areas. It can enter a home
through windows, vents, doorways and air-conditioning systems. It attaches itself to clothing, linen, pets and
surfaces.
The most common places mould can be found are on the roof; windows; pipes; tiles; wood; wallpaper; insulation;
carpets and upholstery - on any surface that it can decompose.

How can I protect my property?
The US Centres for Disease Control and Prevention suggests the following to avoid a mould problem:
- Use an air conditioner or a dehumidifier when humidity is high.
- Ensure your home is properly ventilated.
- Mix mould inhibitors into the paint you use on surfaces around the property.
- Clean the bathroom and kitchen with products that kill mould and mould spores.
- Keep your kitchen and any dark, damp room carpet-free.
- Replace upholstery that has been exposed to moisture as soon as possible, or at least remove it.
Conclusion:
Naturally, besides the preventative measures outlined - it is imperative to ensure that a property is wellmaintained
at all times. One of the most important aspects is the early detection and rectification of any
underlying sources of damp, such as floods or leaks.
The LeasePack Residential lease agreement provides that the tenants must timeously complete any repair
work for which they are responsible, for example: erecting a washing line in the bathroom without proper
ventilation with the resultant continuous damp causing a growing mould problem.
If the tenant discovers that maintenance or repair work needs to be done for which they are not responsible,
for example: where the growth of mould is a result of fair wear and tear, the tenant must inform the landlord
in writing as soon as is reasonably possible. If the tenant fails to do so, the landlord is entitled to claim damages
for the repairs from the tenant. In this way, the landlord is protected from discovering that a massive mould
issue has suddenly sprouted before it develops into a serious health risk. 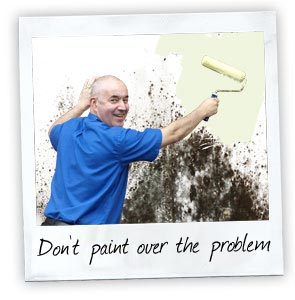